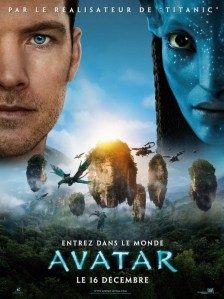 Avatar.  One of the most epic movies of all time.  Some Christians absolutely love it.  Others despise it.  There are theological and entertainment reasons on both sides.  The plot, the graphics, the colors, the dimensions, the fantasy, the storyline…it all just flat-out epic…and controversial.  So, how should a Christian think through these movies?  Enjoy them?  Criticize them?  Fast-forward at the “bad” parts?

One thing is for sure, we don’t have to worry about the world ever completely becoming atheistic.  A great missionary friend of mine showed me how America is becoming more like Asian animistic cultures and less than European atheistic cultures.  “Just look at the movies the media is producing because its what the audiences wants to see.”  So with box office blockbusters like Avatar and Twilight, our culture is becoming far more spiritual, far less atheistic, as well as far less Christ-centered.

I’ve heard many Christians get caught up in the rawr over Avatar because of its absolute, complete paganism…which I totally agree it is.  Its panentheistic with the fact that the “God” is simply everything.  It equates the animal kingdom with the human race.  It promotes creation worship, and it doesn’t even conceive of monotheism whatsoever.  So all of this paganism is absolutely terrible enough for all Christians to stay away from it….right?

Well, there is a completely other side to Avatar.  My pastor and I had a conversation that enlightened me greatly.  In Avatar you have a storyline of a man in one “superior” world going to an “inferior” world as a mediator and actually “taking on the flesh” of the creatures of that world.  This man’s mission is to save the planet’s population by coming in with a warning and good news.  The people of Pandora see their life connected to a tree which is central in their world.  This mediator ends up dying and returning to life.

It is far from a perfect connection, but these movie is screaming themes of Christ’s mediation between God and humanity (1 Tim 2:5), His incarnation as He took on human flesh and became one of us (Phil 2), His being sent to earth by the Father for the sake of the gospel (John 3:16), and this story even has reflections of the Tree of Life which is a major theme in Genesis 2, 3, Revelation 22, etc. Does this mean that James Cameron had Christian ideas and thoughts in mind?  Absolutely not.  But it does mean that the culture of all humanity (both plot writers and movie watchers) show its cry in all of life for the gospel of Christ.  We can’t get away from it.  We keep coming back to it.  Its because we’re created in God’s image, and the Spirit convicts the entire world of sin, righteousness, and judgment (John 16:11).  God has sent His Son, Jesus Christ, from heaven into the world to become like us.  He was/is fully God and fully man.  He lived a perfect life in our place as one of us to save us (John 3:17).  He took on all of our sin and subsequently all of God’s wrath and condemnation for our our sin.  He died a substitutionary death for us on an instrument for extreme torturous death, and remained dead for 3 days in the grave, and then rose from the dead in victory and triumph over Satan, sin, death, and hell.  This is the one in whom we must put our trust and faith, turning away from our sin, and following Him with our lives as our Lord.

So what is a Christian to do?  Understand that our culture is not predominately atheistic, but it is predominately animistic (a spirit in everything).  Realize that there is sin in everything, and we must be wise what we allow into our minds (Phil 4:8).  But also, we must know the gospel as the most important theme of all of life (1 Cor 15:3-4), and how all things will relate back to the gospel to where we will always have a bridge to share the salvation and Lordship of Christ with others through His death and resurrection…and our repentance and faith.